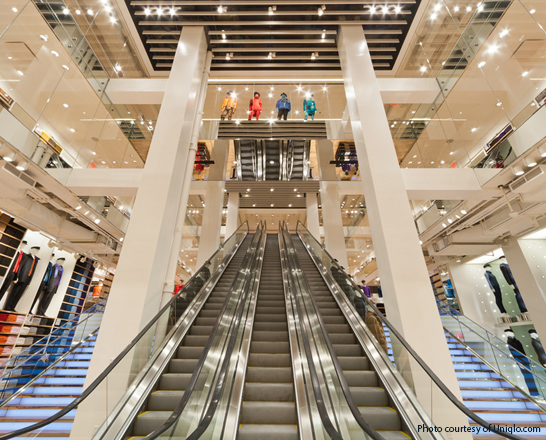 All the world’s a stage. Including the Uniqlo store on 5th Ave.

“You need to work on your shyness.”

That’s what a middle-aged gentleman called out to my friend Laura Hames Franklin as she twirled down an aisle of Uniqlo’s 5th Avenue flagship store, playfully interacting with mannequins and brandishing packaged tank tops like pom-poms.

The man was joking, but as I hovered nearby, I took his observation to heart.

I don’t generally think of myself as shy, but when it comes to dancing in public…I’m shy. Which is precisely why I agreed to take part in Laura’s WeDanceDay film shoot. What better way to confront a fear of embarrassment than to intentionally embarrass myself?

Except I don’t actually want to be embarrassed, so I was struggling to muster up the energy that Laura so easily exhibited. 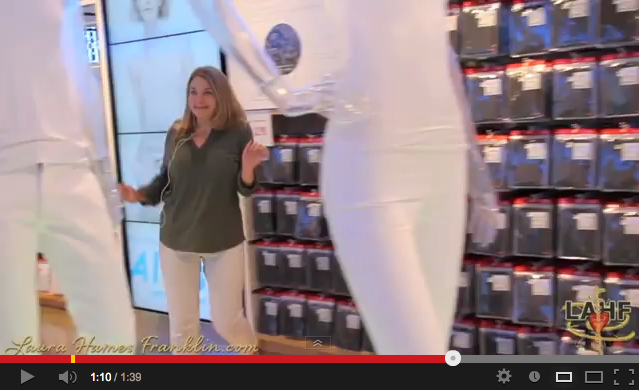 My comparing and despairing mind was quick to point out our differences: Laura’s a trained dancer, whereas I’m just a gal who agreed to bust a move on her lunch break. Laura has rhythm, I don’t. Laura has who-cares confidence, and I…

Do! I do have who-cares confidence! I even have a little rhythm. (I definitely do not have dance training.)

Sometimes I worry about what other people think of me. I try to control their perceptions by controlling my appearance. And it’s true that the way I look impacts the way I am perceived. But at the end of the day, there’s only so much I can control, and the thoughts of others are really none of my business. I’m confident in my authenticity, and beyond that, well, who cares?

Our bodies were made to move, and WeDanceDay is a great excuse to boogie down. I wanted to feel free and happy and to have fun; I wanted to show my fellow humans that it’s okay to be openly silly and joyful.

So that’s exactly what I did. As I watched Laura shake loose, I acknowledged my insecurity, gave it a hug, and decided to enjoy my experience. Not just to dance like no one was watching, but as if the whole world could see. Because I’ve got nothing to hide, and when I allow my full spirit to shine, embarrassment is impossible. (Awkwardness? Well, that’s another story.) 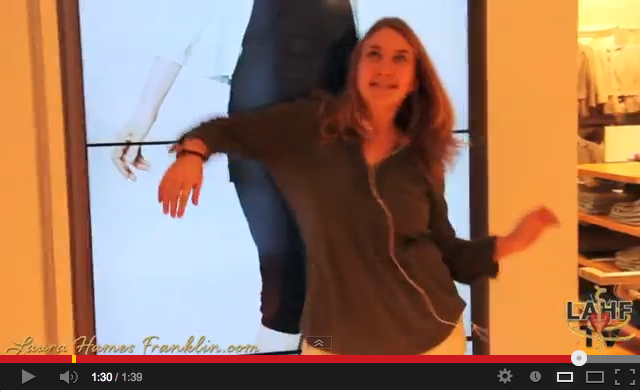 Only love is real.
View all posts by Christina →

One Response to Dance like the whole world is watching