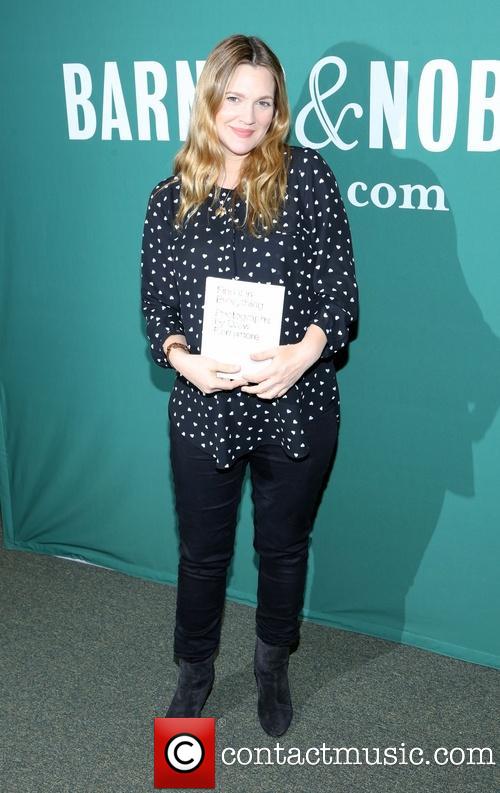 This is one of the photos the mob of paparazzi snapped of Drew Barrymore about an hour before she so kindly made my evening. (As you can see, I pulled the photo from contactmusic.com.)

I miss writing publicly for only myself.

My last post was on New Year’s Eve, and I left it like that on purpose. I left myself some ambiguity, some wiggle room in case I didn’t continue with this website.

It’s been two months since then and I miss it. I miss sharing my unsolicited insights and offering wisdom no one is asking for. I have something to say anyway.

When I first started this blog, my rationale for pressing “Publish” was that if even one other person might be positively affected by my words, then I might as well make them public. The whole point of this human thing is to connect, to learn and grow and have fun. We can’t do that by ourselves.

So I’ve been thinking about returning to this forum, even though in the last couple weeks I’ve experienced much wider exposure than this website has ever provided me. My book is out in the world now, and along with it a couple essays about rejection. People are reading my words, just like I’ve always wanted, and yet. It still feels like something is missing.

This is missing. My ability and freedom to say whatever, whenever, however. No editors aside from myself, no agenda other than authentic expression. That isn’t to say my other writing is insincere–the essays, the social media, the web copy–all of it is genuine. It’s just also intentional in a way the stuff I write here is not. This stuff is purer. Arguably far less interesting. (Judging from my site traffic, it’s no argument at all.)

But I have stuff to say anyway, and tonight I had an encounter with someone who reminded me that every word counts, that one person’s attitude can really, truly, have an impact on others.

I walked to Barnes & Noble yesterday because I still hadn’t seen a copy of Are You My Boyfriend? in a bookstore, even though it had been officially on sale for days. I just hadn’t found (made) the time to do so, and I don’t exactly know why. But other people had started sending me pictures of the book in stores and I was starting to be curious, or to feel curmudgeonly for not caring, anyway, and so I set out for Union Square, parleying a movie date with myself into an afternoon adventure.

I thought I’d showed up to verify my book was indeed available, but it turns out I’d really come to see the sign in the window about Drew Barrymore’s author event the next night. I’d been following the progress of her photography collection, Find It In Everything, and had noted the similar timing of publication and purpose. Both of us are trying to spread a loving message, and our books have even been featured in some of the same gift guides(!). So as soon as I saw the poster I knew what I’d be doing the next night: giving Drew Barrymore a copy of #AYMBF.

When you hear again and again how nice a person is, you start to question their authenticity–or at least if you’re a skeptic like me, you do. I wanted to believe Drew Barrymore was a kindhearted, lovely person, and I proceeded accordingly, but, well, you never really know.

I ended up in the second row on the fourth floor of Barnes & Noble watching in shock as a horde of paparazzi assaulted the star with their flashes, and then in contentment as her editor lobbed easy questions about photography and love and flowers.

She talked about how she had been taking pictures for nearly twenty years, and told about how when she was twenty-six someone had given her a fancy camera that made her feel like a hot nerd. She explained her interest in hearts and flowers with frank practicality: hearts and flowers, as symbols, are very rarely misinterpreted. They are pleasant, and positive, and never an insult.

And they are everywhere. Drew’s book is lots of heart pictures and I’m sure it’ll be a bestseller because she’s done very well with publicity and partnerships–but even if it doesn’t sell a lot of copies, it has inspired thousands of people to see love everywhere they look. That is a massive accomplishment and I am so grateful she chose to follow her (he)art.

I told her that in a handwritten note I attached to a signed copy of #AYMBF, and when it was my turn to get her book signed, I handed her mine. The line was moving quickly so I didn’t have much time to explain what I was giving her, but her gratitude was immediate and sincere, and I think–though maybe I’m imagining this–we were both a little flustered by the way her handlers shuffled me off stage before we could properly exchange a sentence. Still, she had thanked me, and as I walked away, she called out again: “Thank you!”

I turned around–was she talking to me? She was. And just like that, I felt cherished and valued and warm inside. Not because I needed validation from Drew Barrymore–she couldn’t have even had a chance yet to see what I’d given her. But because she was grateful for a gift I had honestly given. I could feel it–she has a way of letting her intentions be felt.

I want to be that way too. I want people to feel better for having been around me, to walk away thinking well of themselves because I was kind to them. I guess maybe because Drew Barrymore qualifies as famous, her energy packs more of a punch or something, because the warm glow I felt from her thanks carried me out into the cold New York night and I was delighted. I had offered my book to her with love and appreciation, and it was received with the same. That is as close to a miracle as I need to get.

Only love is real.
View all posts by Christina →
Gratitude galore
Taking a Gamble (Lesson Zero)